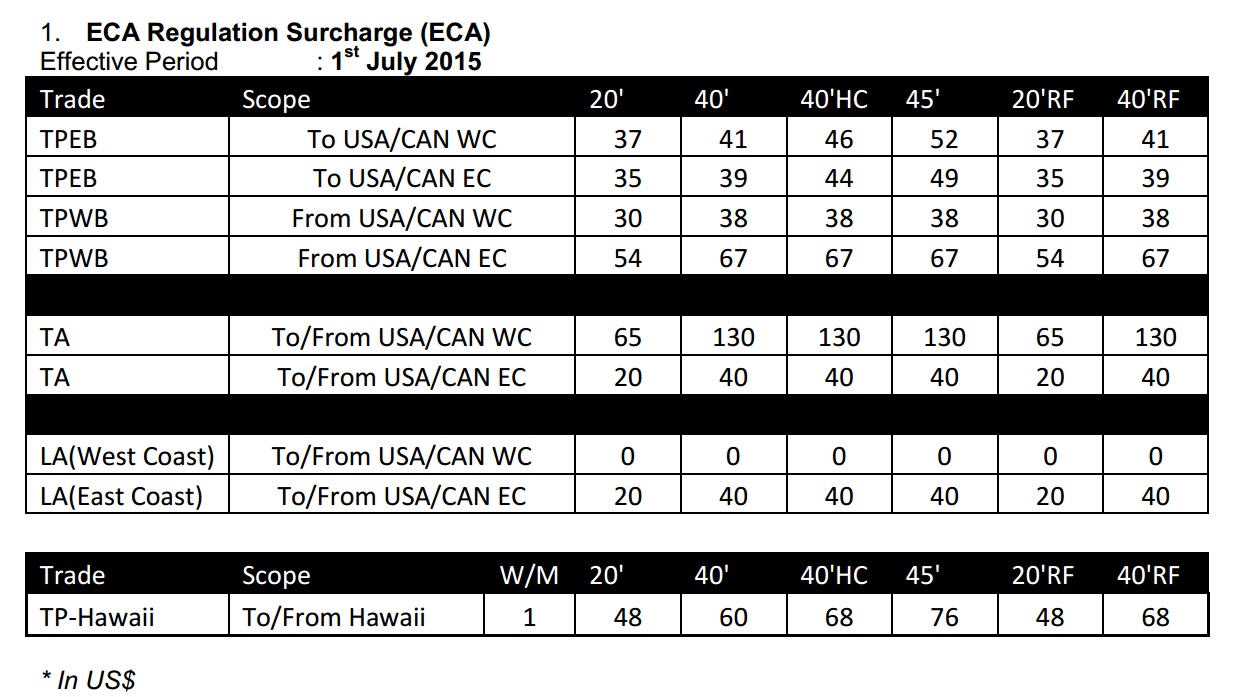 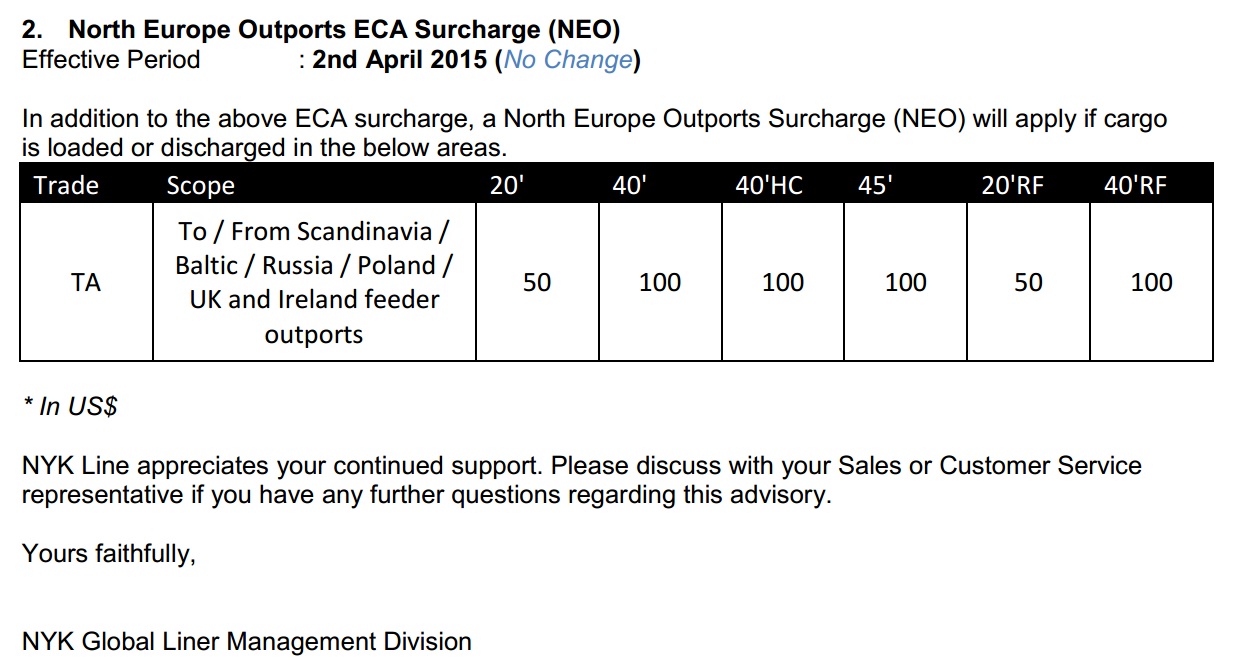 From Journal of Commerce:

Labor negotiations which began in May 14, 2014 between the International Longshore and Warehouse Union (ILWU) and the Pacific Maritime Association (PMA) ended successfully this week, as the ILWU membership voted to ratify a 5-year agreement with the PMA. Following a vote in favor by ILWU delegates in early April, rank-and-file members of the union voted overwhelmingly to ratify the new agreement. The five-year contract, which is retroactive to July 1, 2014, will expire on July 1, 2019 and covers 20,000 dockworkers at 29 ports. The ILWU headquarters in San Francisco said 82 percent of the rank-and-file votes were cast in favor of the contract. The contract ratification closes a year of tumultuous relations between the ILWU and the PMA, which saw West Coast ports overwhelmed by congestion because of dockworker slowdowns and a response by employers that included cutbacks on costly night and weekend work.

This contract includes increases in pay, pensions, re-affirms employer-paid medical benefits, including the Cadillac tax in the Affordable Health Care Act that will take effect in 2018, and preserves ILWU jurisdiction over chassis inspections, maintenance and repair. The one major change found in the agreement has to do with the arbitration system, which could result in significant changes in how day-to-day health, safety and work-rule disputes are handled at the local ports. Instead of a single arbitrator for the four main port ranges, the process will move to a three-person local arbitration panel, with one member nominated by the ILWU, one by the PMA and one by a neutral arbitrator. The neutral arbitrator on each local panel must be a member of either the Federal Mediation and Conciliation Service or the American Arbitration Association, but cannot be a lawyer.

With the agreement in place, West Coast employers and the union are now working together to catch up on lost productivity, tackle congestion, and earn back lost cargo that was diverted to other U.S. ports during the labor disputes.

Maersk Line has completed our quarterly tariff review of our Standard Bunker Adjustment Factor (SBF), and the SBF tariffs, which will be effective from 1st July 2015, have been published on  http://sbf.maerskline.com

US west coast cargo operations cleanup efforts resulting from the backlog caused by the previous months of labor slowdowns and extreme terminal are basically complete.  We will continue to keep you informed of any related developments.

Conditions last week ranged from high winds, thunderstorms and tornadoes in Kansas, Oklahoma and Texas to Spring snow in North Dakota. Nonetheless, overall BNSF velocity remained mostly stable.  Severe weather caused service disruptions last week, particularly in the South Region.  As the BNSF reported last week, train speed restrictions were implemented to maximize safety and minimize disruptions along their north-south corridor through Oklahoma and Texas, as well as the Gulf Coast. With flooding over the weekend, those speed restrictions remain in several areas in these two states.   They will also keep in effect their track inspection program along these affected areas as well as the re-routing of train traffic as necessary.

Truck Power across the USA to perform import store door deliveries and export door pickups continues to be a major concern especially in the Midwest, Gulf, Northeast and California.

This service will be upgraded to include the port of Qingdao.

This service will be adjusted to focus on connecting the Korean and Japanese markets with North America.

Note; the SE1 and CC3 servcies for the G6 are being phased out.  The last westbound sailing for the CC3 will be from Oakland on June 1st and for the SE1 from Los Angeles on June 6th.

PA1 – Temporary Los Angeles Port Omission:  In order to help ease the current congestion at the Port of Los Angeles; the G6 Alliance has taken the step of implementing a temporary omission of an eastbound port call at Los Angeles for the PA1 service through May. The service will continue to call Port of Oakland.

During this temporary period of PA1 port call omission at the Port of Los Angeles, you are encouraged to use our alternative CC1, CC3 (until ?), CC4 and JPX services for your Transpacific shipments. For Transatlantic shipments, there is no all water alternative during this time period.  For alternate land bridge routing for your Transatlantic shipments during this period, please contact your Sales Representative. Service maps and schedules for all our services are available at www.oocl.com.

Attached is our current vessel schedule for reference purposes.  For the most up to date scheduling information please do refer to our interactive point to point or vessel schedule on www.oocl.com.

Tariff cargo as well as existing service contracts will be increased by the following amounts:

The rate restoration will take effect from the following voyage:

Please contact your Hamburg Süd representative with any questions that you may have. Contact details can be found: www.hamburgsud-line.com/offices
Kind regards
Hamburg Süd

Added capacity, new players in the Transatlantic market, the rates are coming under pressure.

please be advised that Peak Season Surcharge for all shipments ex North Europe to USA Eastcoast expired yesterday, 27th May 2015.

Therefore cargo with receipt date of 28th May 2015 will not be subject to PSS Surcharge.

We will update the service contracts today and distribute where necessary.

Dear Valued Customer,
Please refer to below announcement for the new ECA levels, which is to be applicable from 01 JULY 2015 to 30 SEPTEMBER 2015:

Scope : This will apply to every container moving to / from North Europe from / to Asia, Indian Sub-continent, Middle East, Gulf, Oceania.

We will review the quantum on quarterly basis, according to bunker price movement.

Should you require any further information please contact your local NYK office or NYK representative.
Yours faithfully,

We would like to advise our customers in Australia that we will withdraw from the Pacific Southwest (PSW) Trans-Tasman Service effective Week 28 onwards. Based on current scheduling, the last sailing will be as follows:

As always, we appreciate your continued support, and will make every effort to resolve any issues these changes may present.