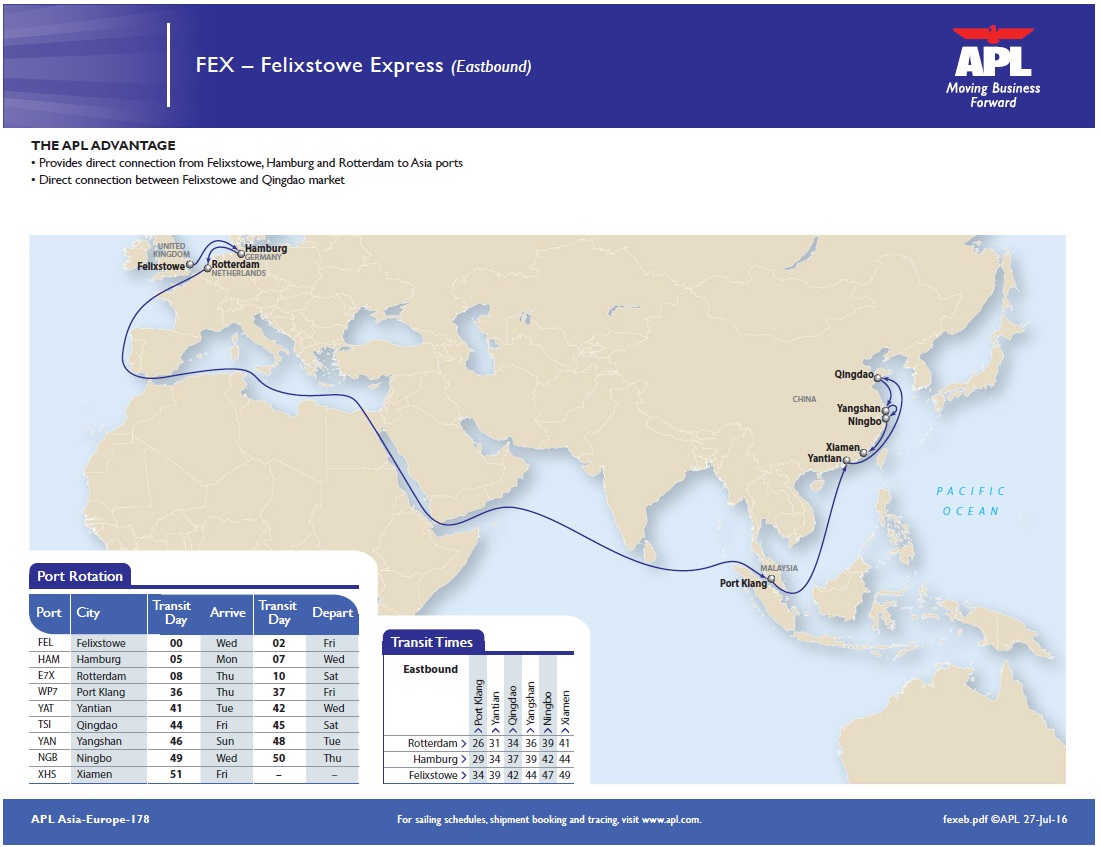 Please be advised that effective October 1, 2016, MOL will implement the Verified Gross Mass (VGM) Manual Submission Fee for all export cargo. The fee is as follows: US$25 per container

The VGM Manual Submission Fee is only applicable to recover extra cost incurred by MOL as a result of providing extra service for customers who have requested to process VGM submission manually (NOT via electronic VGM submission channels).

At the same time we have to inform you that starting October 1st, 2016 we will implement a “VGM Lost Slot Fee” of EUR100 per container which will be charged to the shipper for any container, which has to be rolled over due to non VGM submission on time for the load list. This will be on top of any additional storage or extra handling costs charged by the terminal.

Since the Safety of Life at Sea Convention (SOLAS) implemented the VGM requirement on July 1, 2016, MOL remains committed to ensure full compliance measures on VGM regulations, we are also committed to take utmost care to offer efficient methods for customers to declare VGM.

Our platform MOLpower.com provides the ability to electronically submit the VGM including a confirmation that your submission has been received in good order. Next to the MOLpower.com solution, we also encourage you to submit VGM documents via direct EDI, or portals such as CargoSmart, GT Nexus and INTTRA.

We appreciate your continued support to utilize MOLpower.com as well as other electronic submission channels. Electronic submission is efficient and it can reduce the human error which results in faster turnaround times. As always, we appreciate your business.
If you have any questions do not hesitate to contact your local sales office. Contact details can be found on our website www.molpower.com.
Yours faithfully,

we would like to inform you about cancellation about all existing credit lines with immediate effect. You can obtain your Original Bills of Lading for Export shipments against payment of all outstandings.

Import Containers will be released as well against payment of all outstandings. Many thanks for your understanding 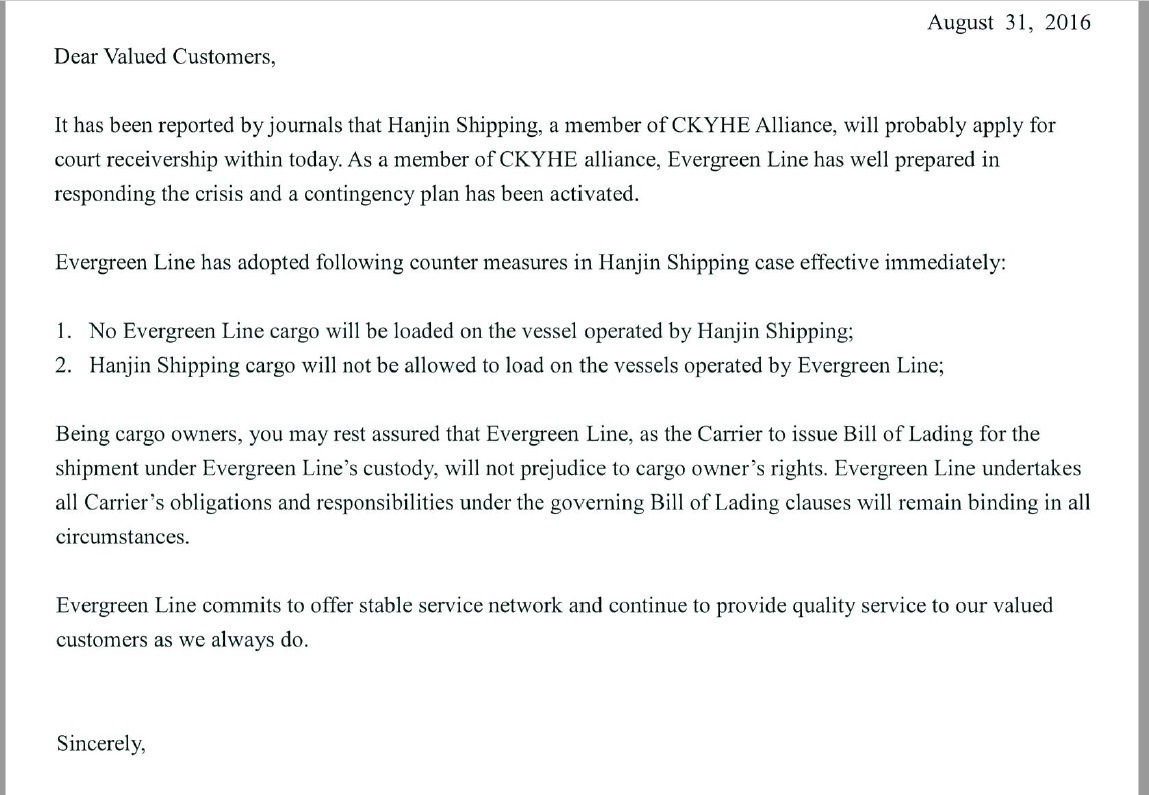 Further to our CustomerInfo dated August 8, 2016 we are pleased to inform you that the port congestion in the Port of Valencia has improved and port operation is back to normal.
Therefore Hapag-Lloyd decided that the Mediterranean Gulf Express (MGX) will resume the Valencia call instead of calling Sagunto.

We would like to inform you about the terminal change for the UK port call of our Europe Australia Express Service (EAX).

With the arrival of below voyage the UK call will move to London Gateway.

The User Fee is to be paid by the importer to the carrier providing the cold treatment service, who will then remit all User Fees collected to USDA APHIS. The User Fee will be phased in over five years, beginning December 29, 2015, as shown in the table below:

As required by the USDA APHIS, for all containers receiving cold treatment services provided by Hapag-Lloyd while on board a vessel travelling to the United States, Hapag-Lloyd will begin collecting the User Fee per the above table from the consignee in the United States. This User Fee will be collected in addition to the freight and any other fee or charge associated with cold treatment services provided by Hapag-Lloyd.

The User Fee will be invoiced by Hapag-Lloyd to the consignee for each shipment separately from freight and all other carrier or local agency charges. The User Fees are collected by Hapag-Lloyd on behalf of USDA APHIS and are not considered carrier revenue in any way. This will affect any shipments received after September 15, 2016.
For further information please contact your local Hapag-Lloyd office.
Kind Regards,
Hapag-Lloyd (America) LLC
as agent of Hapag-Lloyd AG

As a consequence of unsustainable ocean freight levels and in order to continuously provide a reliable service to you, Hamburg Süd and Aliança will implement a General Rate Increase (GRI) applicable for all shipments from North Europe to the South America East Coast including Brazil, Argentina, Uruguay and Paraguay.

The GRI will be effective October 1st 2016.
All existing rate agreements and contracts will be increased by the following amounts:
EUR 200/20’ UNIT
EUR 350/40’ UNIT

In reference to media reports stating a potential bankruptcy of Hanjin Shipping, we are closely monitoring the situation to ensure your cargo is protected. UASC confirms we are in vessel and slot sharing agreements with Hanjin Shipping and are engaged in emergency contingency planning of containers which might be onboard Hanjin Shipping’s vessels.

We will provide you with an update on the situation of your containers as soon as available.