Further to the announcement of 23rd of September, NYK Line would like to inform you of an additional void sailing on the Asia – Europe trade. The specifics are underlined in below, updated summary of all void sailings from week 44 to week 53. 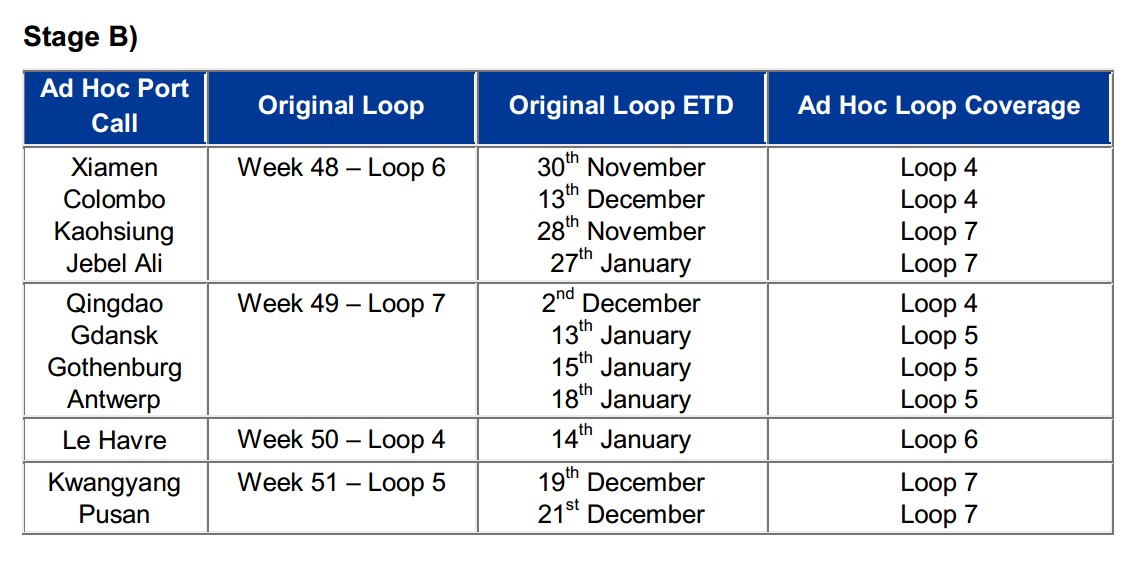